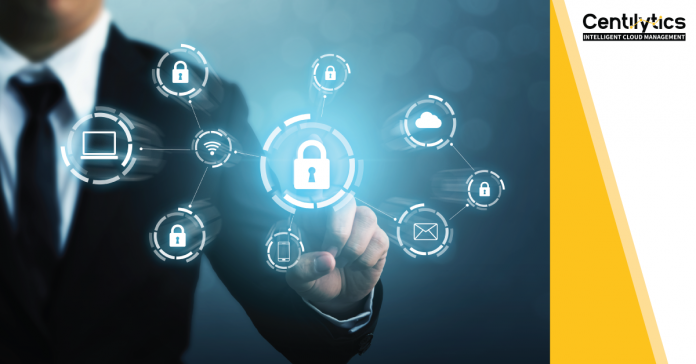 An increasing number of companies have been migrating to the cloud and this breathed fresh air into the much-wanted dialogue around cloud security. In order to raise the awareness regarding threats, risks, and vulnerabilities in the cloud, Cloud Security Alliance has released its report “Top Threats to Cloud Computing – The Egregious 11”. This report is the fourth instalment in the series and includes precise results that were achieved after surveying 241 industry experts and aggregating their expertise on relevant security issues in the cloud industry.

Most of the experts agree that the top threat is Data Breaches. The responsibility of preventing and tackling data breaches lies with both, customer and the cloud service provider. No single person in the chain can tackle the security issues alone. A data breach can take place due to a human error or can be a result of a targeted attack. A data breach can have a seriously negative impact on businesses including a deep dent in the goodwill of the organization, loss of intellectual property, monetary loss, and others. In this era of big data, data has become a commodity more significant than any other. Hence, such data breaches are considered as one of the most prominent threats to any organization.

Followed by Data Breaches, Misconfiguration and Inadequate Change Control has emerged as one of the new threats in this report. Talking about responsibility, preventing misconfiguration falls solely on the customer with the provider having no control over the computing assets set up by the consumer. The impact of misconfiguration depends on the response time of the organization and the nature of the item, while most common misconfiguration is the exposure of data in the cloud. Automation one of the ways to overcome these errors. Hence, enterprises should adopt automation and periodically conduct multiple scans to prevent and control such discrepancies.

Coming to the fourth entry in the list, Insufficient Identity, Credential, Access, and Key Management is another new threat for the organizations. As the name suggests, the tools necessary for an organization to manage access to resources in their vast cloud deployments are often left unchecked. With multiple changes in the identity and access management as compared to the traditional methods, it becomes difficult to tackle the significant issues in both public and private clouds. Coming to its impact, malicious users can access critical data of the organization with complete control over the management functions. Inadequate protection of credentials along with lack of scalable identity results in the unauthorized access, followed by misuse of data.

The next threat in the list is Account Hijacking. It is the most common type of attack preferred by attackers to gain access to and abuse the accounts of higher-level officials. Often, attackers benefit from phishing attacks, exploit cloud-based systems, and subscriptions. Preventing such attacks is the responsibility of both — the customer and the cloud provider. Account hijacking gives the attackers complete control over the cloud infrastructure with control of the accounts, services, and data. Such attacks often have severe results, leading to business-threatening operational disruptions.

The sixth entry in the list is the Insider Threat. One of the less common types of attack, Insider Threat is defined as an individual within the organization using their access to negatively affect the organization. These insiders can often be former employees, contractors, and partners. What makes this threat dangerous is the fact that such attackers do not have to penetrate firewalls, VPNs, or other security defenses put in place due to their access level. Such attacks lead to the loss of information and intellectual property, and the downtime resulting from these attacks can often impact the organization’s efficiency.

Insecure Interfaces and APIs are next in the list. Users manage and interact with the cloud interface through a set of user interfaces and APIs. The security of the cloud services is as strong as the security of APIs granting access. The worst case scenario in lack of security practices in APIs can potentially lead to a data breach as well. Often regarded as the “front door” of an organization, they are likely to be continuously attacked due to their accessibility. Preventing such attacks is the responsibility of both the customers and cloud service providers.

On the eighth place, Weak Control Plane is a new threat in the list. Migrating data from on-premise data servers to the cloud comes with its own set of challenges. With the migration, the users need to introduce a process for data duplication, migration, and storage. The solution for these problems is a control panel, enabling security and integrity to provide stability to the migration. A weak control panel means the person in charge of the migration is not in full control of the infrastructure, increasing the chances of data corruption, leakage, or unavailability. A weak control panel often results in data loss leading to a massive business impact.

Another security issue in the list is Metastructure and Applistructure Failures. Making a new entry in the list, preventing this type of security threat falls on both the customer and the cloud service provider. In order to protect their systems properly, cloud service providers often reveal their security protections. Generally, this information is disclosed through API calls and the CSP’s metastructure layer is updated with the protections. Being highlighted as critical components of a cloud service, any disruptions at the CSP level can heavily impact the consumers.

Coming at the tenth place is the Limited Cloud Usage Visibility. A new threat to the list, limited cloud usage visibility can impact all cloud service models. Limited cloud usage visibility refers to the incapability of an organization to visualize and analyze the resources being used in the infrastructure. Often multiple resources are left unused and lead to greater security threats to the organization. With lack of visibility, many risks rear their heads including but not limited to lack of governance, lack of security, and lack of awareness.

Abuse and Nefarious Use of Cloud Services

The last threat on our list is Abuse and Nefarious Use of Cloud Services. Cloud services work as a data center according to the client needs, ranging from data storage to computational power. Attackers can use the cloud service provider to hold their malware and provide it with a sense of reliability due to the usage of CSP’s domain. Multiple mainstream attacks like DDoS attacks, email spams, phishing attacks, click fraud, and hosting of pirated content are a few examples of such misuse of cloud resources. With such immense potential, hackers can use the cloud services for such purpose and include the costs in the customer’s bills. Along with hosting malicious content, hackers also have the capability to propagate malware and phishing attacks from the same cloud.

CSA’s report aims to raise awareness of security practices across all links in the chain of cloud services. Such compromised instances can lead to data breaches or leaks, and cause significant loss of revenue. This is where an intelligent CMP — Centilytics — can help you identify vulnerabilities in your infrastructure, and present information in a single pane of glass. With more than 1100 health checks, 1000+ security checks, and 40+ service limits, Centilytics ensures your cloud remains safe from all types of security risks. Cloud security is a shared responsibility between the user and the cloud provider, and Centilytics helps users do their part for cloud security. With Centilytics, you can forget cloud security concerns and focus on asset creation. Click here and start your free trial today.