The Greener Side of Cloud: Are CSPs Doing Their Part To Fuel Sustainability? 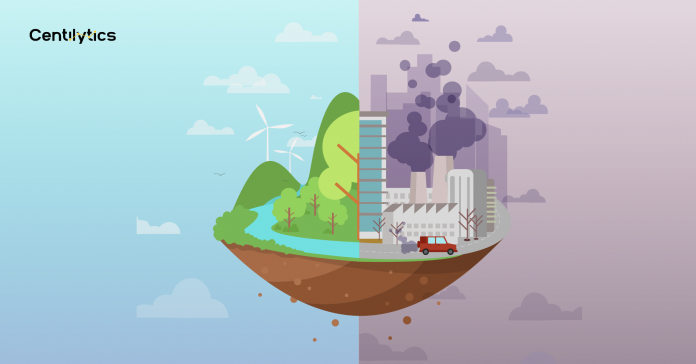 The world finds itself in a predicament currently. In fact, the perilous situation threatens to become the new normal at this point. The conditions that have befallen the market have pushed the enterprises and organizations on backfoot. However, even amid this sluggish phase of the global economy, the major Cloud Service Providers (CSPs) have fared relatively well.

While this surely is a positive sign, the reason to bring up the performance of CSPs has a deeper implication. You see, before the world was caught in the grips of a global pandemic, climate change, and the impact of industries on the environment was a hot topic. While we have no intention of comparing a global pandemic to a global climate crisis, the question remains, “are CSPs Doing Their Part To Fuel Sustainability?” In simpler terms, are the CSPs doing enough to offset the damage caused to environment by their actions?

Not to get our pitchforks out or anything as such, but the question is quite a legitimate one and needs answering. The question gains even more prominence when we factor in the ties that the CSPs have with the oil industry. A Greenpeace report highlights that all three major cloud giants — Google, Amazon, and Microsoft — have deep ties to the oil industry.

What Plans Have the CSPs Laid Out?

Google has stated that it plans to go carbon-free by 2030 and claims it has been carbon neutral since 2007. Microsoft is committed to go carbon negative by 2030 and plans to remove all the carbon the company has generated — since it was founded in 1975 — by 2050. In the same vein, Amazon Web Services plans to use 100 percent renewable energy for its infrastructure by 2025.

All of this sounds very impressive, but these are all commitments as of now. Further, any sensible person can take a careful look at the carbon-free and carbon-neutral claims and immediately point out the obvious flaw in the construct of these protocols. However, the flaw in protocols is not something one can hold the CSPs directly responsible for.

Nonetheless, a true answer for the climate question can only be ascertained when one looks at the actual work being done toward sustainability by CSPs. We need to put the numerous articles and speculations — that stated Cloud technology would help toward a greener earth, make agriculture advanced, and help in conservation — on the stockade.

Not all the commitments are long-term, though, and the CSPs have indeed been putting efforts into sustainable projects in the interim. The first example and the most recent that comes to mind is the partnership between Google and Unilever, wherein the two giants will create the “first commercial application of Google Cloud and Google Earth Engine for sustainable commodity sourcing.”

The next example comes from Microsoft, wherein the Redmond-based cloud giant has announced the Climate Innovation Fund. Under the move, Microsoft will commit investment of $1 billion over the next four years into new technologies and making capital access for institutions tackling climate change. Further, the company also announced a partnership with food-giant Danone, where it will provide artificial intelligence capabilities to empower regenerative agriculture.

Lastly, have we been able to answer the question we started our discussion with? To a large extent, yes. While the CSPs can do more when it comes to sustainability or climate change action, a start is a start. Cloud industry’s problematic ties with the oil corporations still remain a matter of concern. However, the harsh truth is that if cloud technology does not help oil giants in exploration and extraction in this competitive world, some other sector will. At least, the cloud sector promises to make the environmentally damaging task more efficient, a promise that we should closely watch.

As for the shift to renewable energy and the current usage of fossil fuels by the CSPs is concerned, it is a transition that will take place gradually. Avid climate watchers might cry foul when CSPs promise a greener solution while using fossil fuels, but it is a compromise the world will have to live with. We must remember that one cannot expect progress while discouraging progress in the name of progress.

This article was originally published on Cloud Management Insider.