Top Cloud Technologies To Watch Out For in 2021 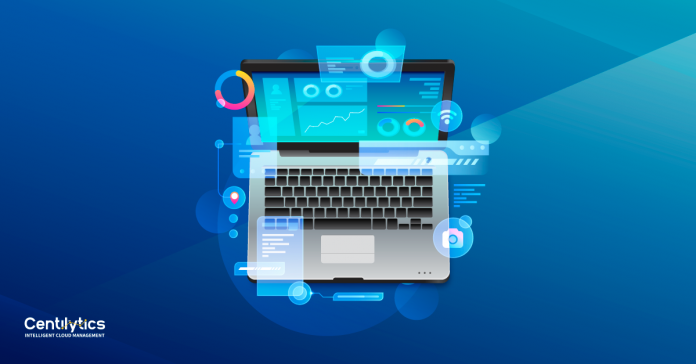 The year 2020 brought unprecedented challenges for the world. However, cloud services helped the global economy survive during the global pandemic by enabling remote working and supreme connectivity. While the role of cloud services amid this pandemic still has a long way to go, these services will continue to play an integral part in the world’s economy for companies targeting scalability, flexibility, security, and low costs in the future too.

Even before the pandemic, cloud services were already on their way to becoming the next go-to for organizations aiming to reduce their physical footprint. With its expedited adoption, cloud has become one of the top defining trends in the last few years and a key agent in modernization of enterprises all over the world.

So, what does one expect the New Year to bring to cloud tech? New tech is being introduced at a rapid pace. Even though the vendors rolling out the tech are in a constant state of flux, these trends will impact the market for years to come. Most of these trends and services will take the industry toward maturity and increased compatibility. Let’s take a look at some cloud tech that we need to watch out for in 2021:

Containers hit the mainstream in 2014. Even though the tech is not new to the scene, containers gained popularity after Docker went ahead and made them very easy to use. Containers provided what other primary services couldn’t. Containers can keep just the software itself instead of the entire OS, keeping only the bare essentials and allowing them to be transferred between other cloud services. Gartner predicts that more than 70% of global cloud services will be run by containerized applications by 2023.

Serverless computing has already seen an ascent in popularity after AWS released services based on the tech in 2014. According to experts, serverless is the next “evolution” from colossal application architecture. The most crucial part of serverless is the host’s ability to execute snippets of code without the need of developers. Serverless programs are truly flexible, allowing organizations to control their cloud expenses.

Recent studies suggest that more than 127 new Internet-of-Things devices are connected to the internet every second. With this, vendors have to change the way they build data centers, and it has highlighted the importance of smaller data centers at the edge. According to Gartner, 75% of user-generated data from these Internet-of-Things devices will be created and stored at the edge by 2025. Edge will be critical in bridging the gap between centralized clouds and end-users to provide low-latency and high performance.

With enterprises moving to the cloud for more and more services, the amount of loss incurred due to downtime is also increasing. Attacks from hackers and other factors such as natural disasters have led to organizations worrying about loss of business-critical data. Many regulations have come into play along the same lines mandating organizations to handle users’ data with extreme care. This leads to the demand for disaster recovery. Companies are actively looking to adopt disaster-recovery-as-a-service to significantly reduce recovery time and protect users’ data at all costs.

Using Infrastructure-as-a-Service, enterprises have deployed workloads across multiple cloud providers. With applications becoming more portable, the multi-cloud trend might turn into an omni-cloud in the future. The largest enterprises may soon look at hyperscalers for cloud services for specific deals and preventing lock-in. The omni-cloud approach allows users to get the best competitive edge in all markets.

As mentioned in our previous article, there is no doubt that computing will definitely witness a drastic change in the future. Among these changes is quantum computing, which has the capability to harness quantum entanglement and superpositions to perform a myriad of tasks at blazing fast speeds. Quantum computing is still in its preliminary stages due to lack of applications capable of harnessing qubits. With rapid advancements in the field, quantum computers will be used to overcome research challenges in our world.

Cloud has always allowed even the smallest players to go against giants with minimal investments and we hope the next generation of cloud tech will also allow another line of visionaries to take on the giants. In the early days, the cloud provided basic compute and storage services to its users. However, as the demand increased, other variables came into play. Most companies are still adopting the cloud even today. With these developments in mind, you can look forward to an even advanced cloud journey in the future.