How Has COVID-19 Impacted Cloud Industry? Here’s What the Numbers Say 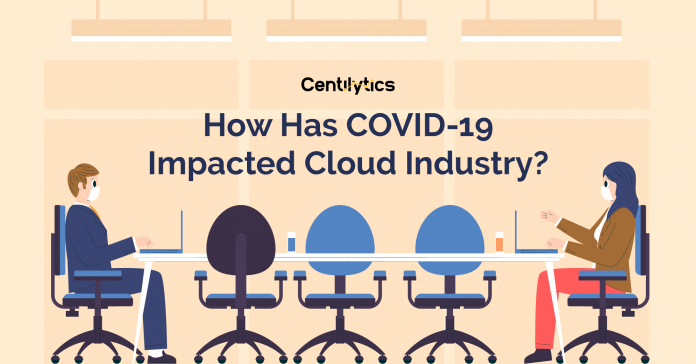 This blog is originally published at Cloud Management Insider.

We have read it time and again that Cloud is one among the fastest growing industries. So, one can safely assume that Cloud industry‘s potential is limitless. Moreover, it has been predicted by several studies that Cloud industry will rise exponentially amid the global pandemic. Nonetheless, the pace of growth has come down, albeit revenues are steadily increasing. A recent analysis of Enterprise Technology Research (ETR) survey by SiliconAngle showcases the same quite brilliantly. Let’s put some major factors in perspective.

The numbers regarding the future of cloud revenue that the research and consultancy firms presented are mesmerizing for Cloud Service Providers. Therefore, it can be presumed there is no better option than adopting Cloud solutions. However, the data from ETR survey shows that the V-shaped recovery in the stock market looks much more like a square root sign for information technology spending in 2020. It will also hurt the Cloud, albeit way less than many other industries.

Each quarter, ETR asks buyers about their spending on a Cloud platform and calculates the Net Score by subtracting the amount that decreases from the previous quarter to the amount that increases against the last quarter. There are some more complications, but that’s the gist.

As you can notice, the deceleration is present in all three platforms. It is essential to point out that these are already rising, but there is evident friction on spending.

Read Next: IBM Confidential Computing Is A Customizable Security Suite

Here is a chart that plots the Net Score or spending momentum on the vertical axis against Market Share on the horizontal axis. Market Share is a measure of pervasiveness in the survey and calculates the sector’s penetration as a percentage of the overall survey.

The Spending Friction Created In Cloud Industry By pandemic

The chart below shows Infrastructure-as-a-Service (IaaS) sectors that keep the Net Scores higher relative to the last survey. There are only five areas that show positive increasein Net Score.

Reading the bars left to right:

These are the only five areas where Net Score increases as compared to the last survey, which clearly shows the impact of COVID that we discussed earlier.

Which Cloud services are robust?

The image below shows the top ten cloud services measured by Net Score or spending momentum.

All these are solid Net Score – Azure functions, and Azure platform takes charge in Net Score. However, the surprise element is VMware Cloud on AWS. This service is popping up in all the recent surveys and growing firmly and steadily. This service is doing great and gaining presence and momentum in the data set. It is closely followed by AWS Lambda; it’s a serverless service that remains as strong as Google functions.

Next in line, you will find AWS –– the complete AWS Cloud platform. It’s off a bit in terms of Net Score from the previous quarter, but this is a $40 billion annual business, which keeps the Net Score high. Remember that Net Score can’t grow religiously. They fluctuate and the larger the base the harder it is to maintain high Net Scores, so AWS performance is impressive.

Google Cloud Platform is running closely with AWS. GCP is approximately one-eighth of the size of AWS, yet maintaining a notably higher Net Score in each survey. Google continues to struggle with selling to enterprises.

Post Views: 338
Facebook
Twitter
Linkedin
Previous articleWhat are the repercussions of not using a CMP?
Next articleWhy you need to be a certified MSP (Managed Service Provider)?