5 reasons why TechCrunch Disrupt SF 2018 was worth attending 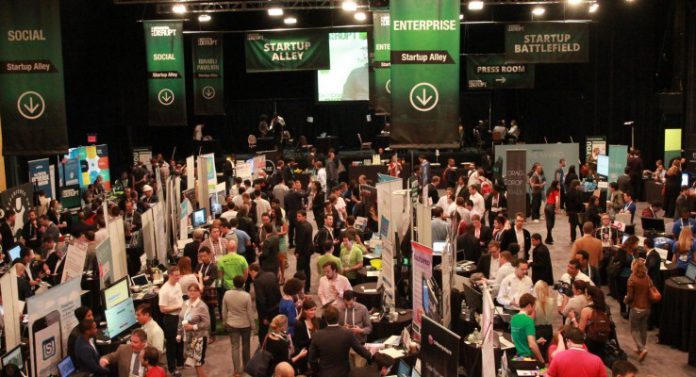 TechCrunch Disrupt SF finally marked its three-days in a calendar (from September 5th to 7th) this year. We were excited to be sponsoring this most ambitious event ever. People attending this event definitely got to extract more valuable insights and inspirational visions for their business, if not anything else.

As they say, “Before there were tech conferences, there was Disrupt” and here’s why you should have attended and why Centilytics exhibited themselves at Disrupt this year…

1.  TechCrunch Disrupt got even more comfortable With two stages and two off-stage “Q&A” areas, where all those in attendance could ask anything and everything they wanted, directly to the speakers. It came out as a great opportunity to speak your hearts out. People like Uber’s Dara Khosrowshahi, Sequoia’s Doug Leone, Bumble’s Whitney Wolfe Herd, Sinovation’s Dr. Kai-Fu Lee, and 23andMe’s Anne Wojcicki are just a few names out of a plethora of interviewee the TechCrunch editors. Disrupt SF going live this time, the pass-holders could easily catch up with the sessions they have missed via “video-on-demand”.

There are 20 teams already selected to compete in Startup Battlefield. Disrupt served itself as an opportunity stage for some very talented contestants who have been selected after a series of global recruitment work.

Startup Alley too was planned to exhibit the feats of more than 1000 companies.  These companies work across various fields including Artificial Intelligence, Blockchain, Fintech and so on. Each of which would have the top picks chosen by TechCrunch’s editors to exhibit for free of charge.

Apps like CrunchMatch or Brella have proven to be a boon for investors to find founders and start-up ideas. CrunchMatch has refined more than ever, it was just a matter of time when you could request a meeting. After the request gets the green light, have your own time and meeting table in the CrunchMatch meeting area.

5. A range of passes suitable for everyone

For the first time, Disrupt SF featured its attendee-centric passes customized to suit different attendees like founders, investors and so on. Also, these passes gave you access to San Francisco hotel rooms at discounted prices.

For those who are curious enough to know “What Disrupt SF is all about”, you can read all about it here…